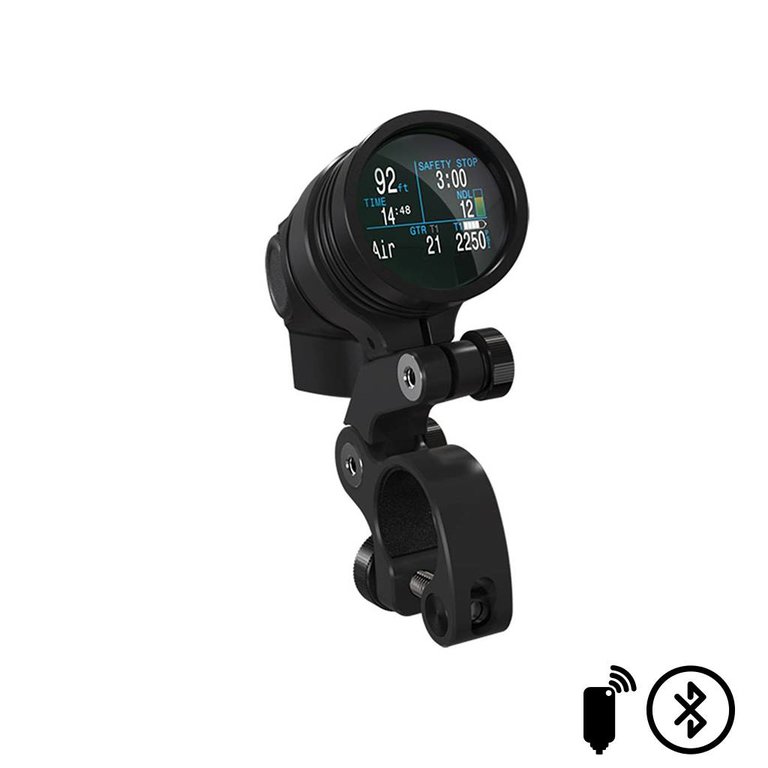 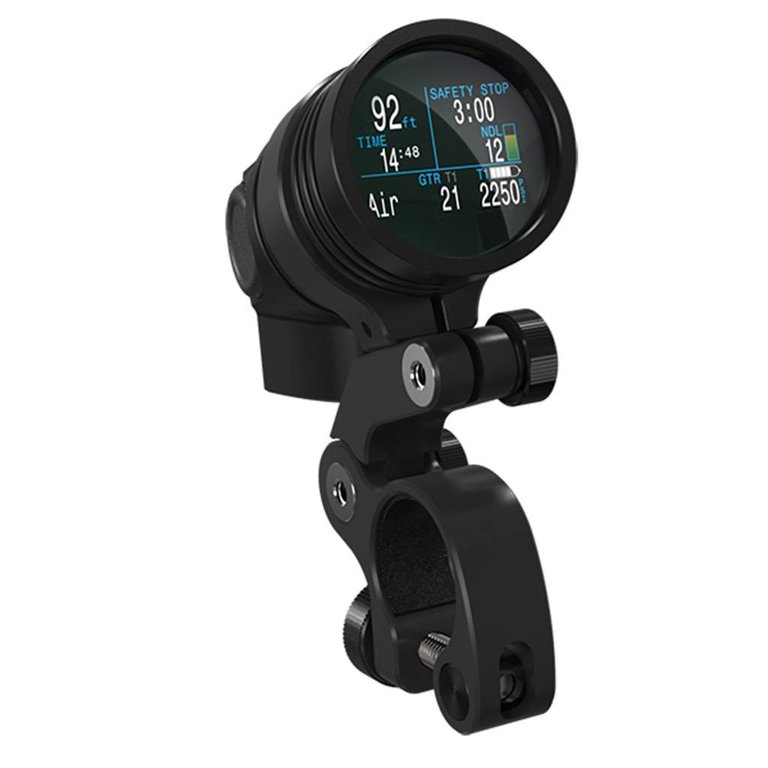 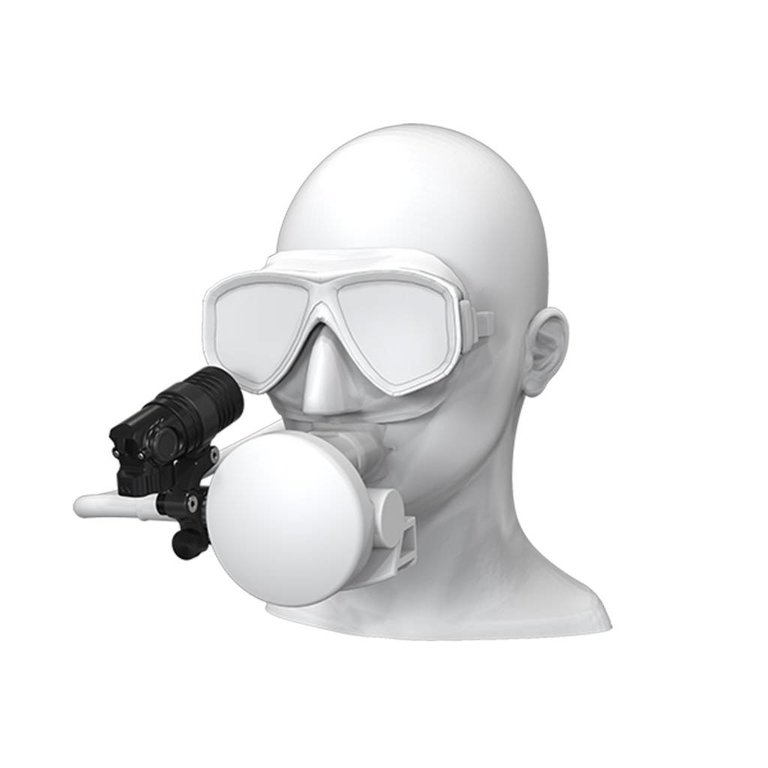 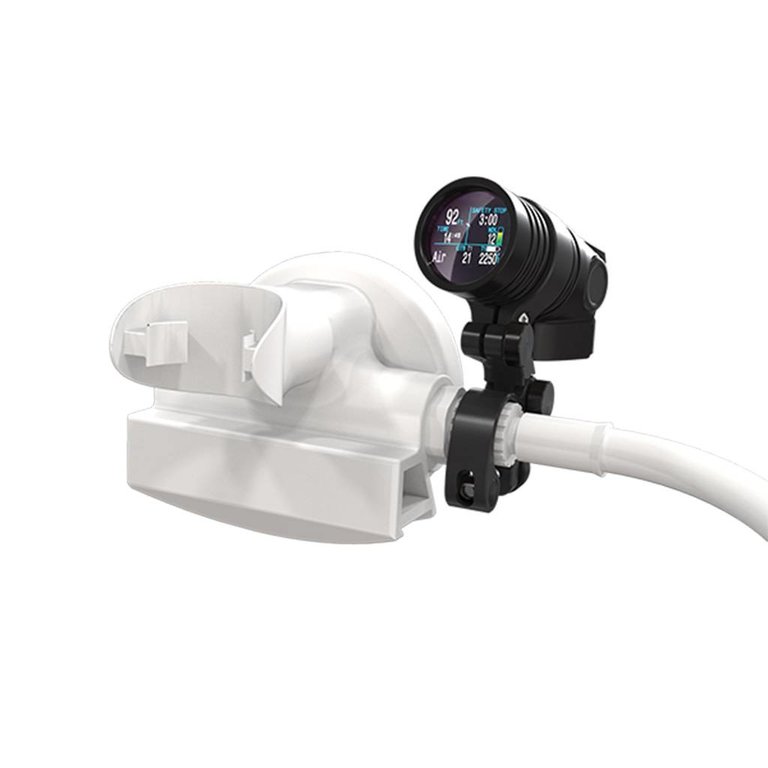 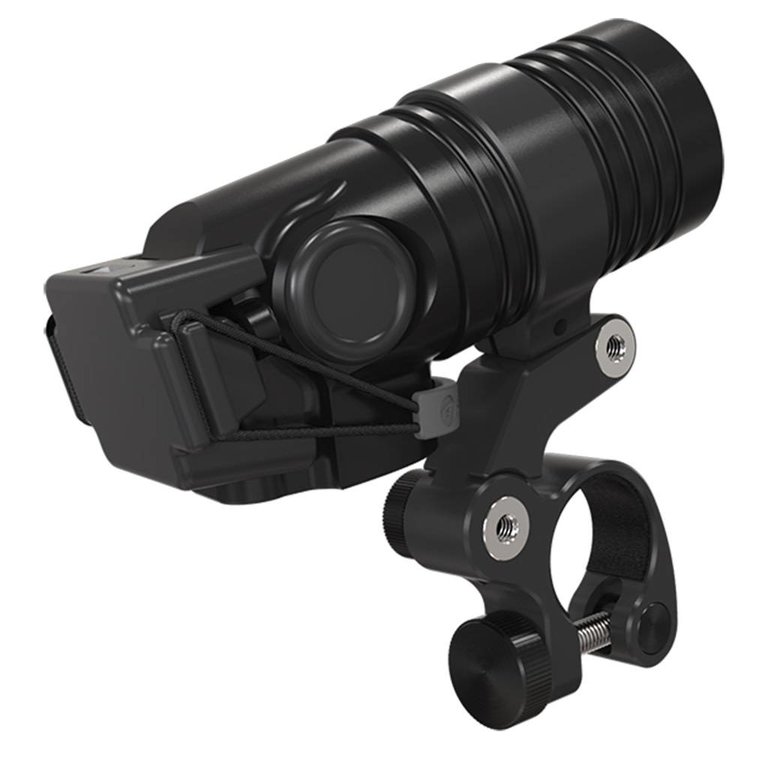 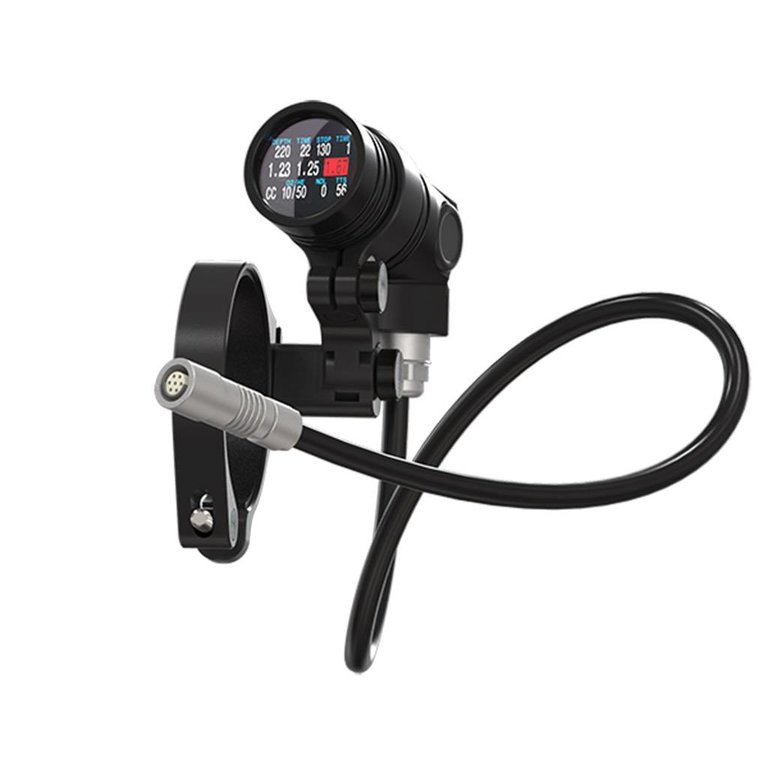 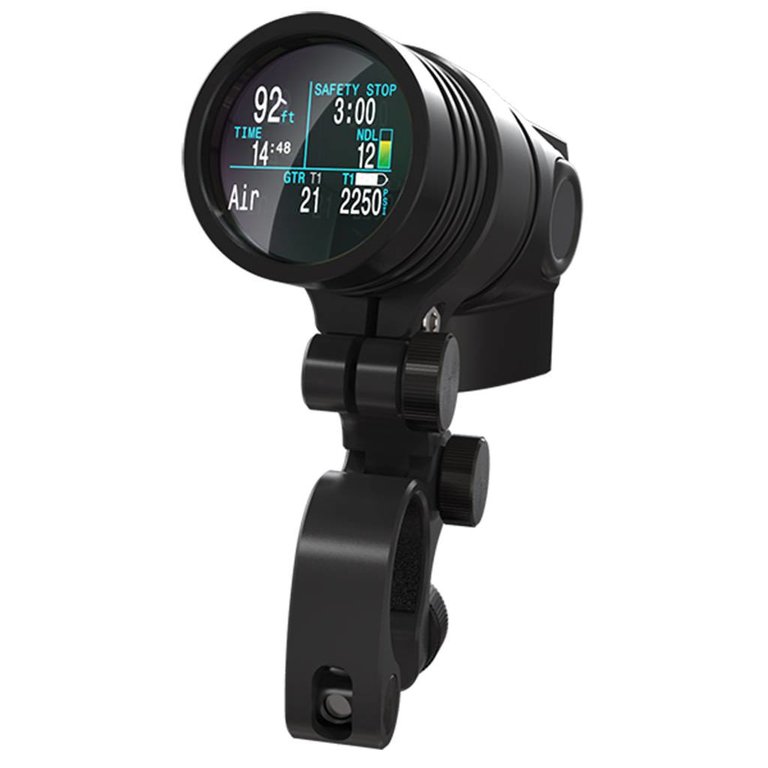 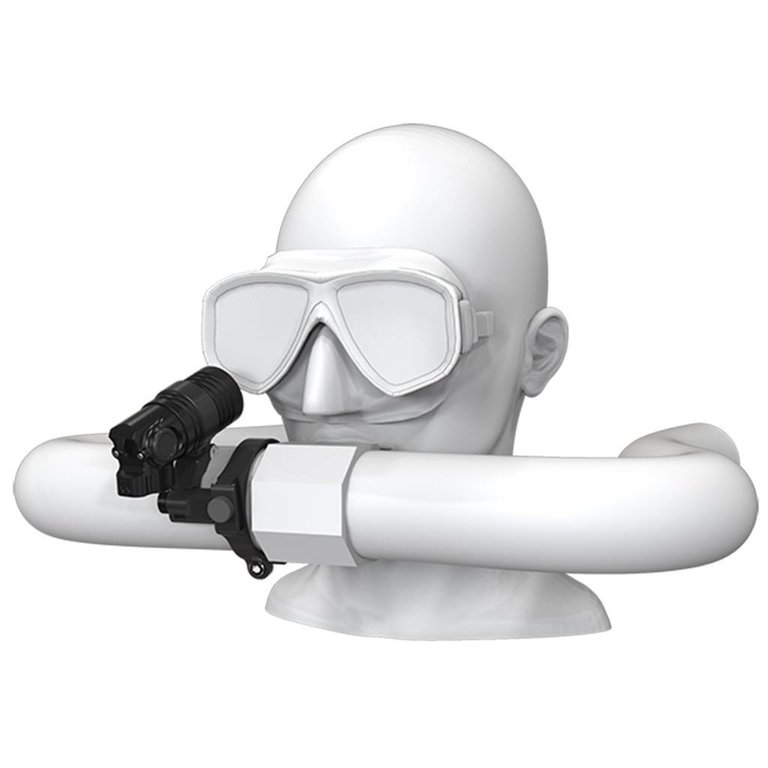 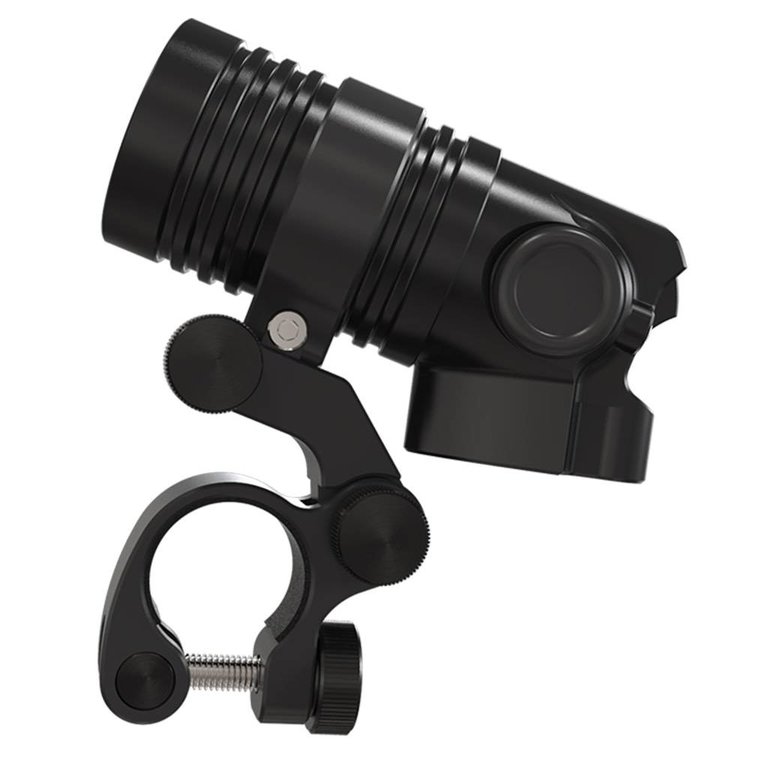 C$2,000.00
Shearwater
Special Order
•••••
Article code 12502
The Nerd has been redesigned and enhanced for flexibility and reliability into the Nerd 2, while still being the world’s first near eye remote display for divers.
Free shipping for orders above 175$
Fast Shipping Accross Canada
Price Match Guarantee
Share this product:

Shearwater’s Near Eye Remote Display (NERD) dive computer utilizes a powerful set of features with easy to understand menus, full colour display and a special mounting and optics system that projects the equivalent of the Shearwater Perdix AI into the eye of the diver.

The functionality of the Perdix AI, with an efficient mounted display

As a full decompression dive computer, the NERD 2 incorporates the functionality of the Perdix AI. The only difference is in the display. With a mounted display on the diver’s second stage regulator, crucial information is always right where you need it. This revolutionary device keeps your information in your line of sight, so you can focus on your dive. Using a Micro LCD display and a magnifying lens, the NERD’s data appears as if it were displayed on a 32” TV screen from approximately 12” away. Using bifocal lenses in the mask does not cause a problem with the NERD 2. With an unobstructed display, it virtually disappears when looking straight ahead. The information is there when you need it, and gone when you don’t. Information flashes in yellow or red with a full colour display when there is an unusual value or problem.

The best and safest dive computer on today’s market

For decompression dives, the NERD 2 provides all information necessary on the display for required stop times. By providing time-to-surface based on “look ahead” at planned gas switches, the NERD 2 ensures safety at each mandatory stop. The multiple gas definition presets can be supported by any combination of nitrogen, oxygen and helium. The NERD 2 will not lockout if a stop is missed or if there is an ascent rate violent. Straight out of the box, the NERD 2 includes open and closed circuit Air, Nitrox and Trimix mixed gas functions, along with advanced navigation features for the three-axis tilt-compensated digital compass. Shearwater’s standard firmware supposers English menus in imperial and metric units of measure.

By being able to wirelessly connect to one or two optional transmitters, the NERD 2 gives the diver the ability to monitor up to two tank pressures. On all modes, air integration is option, from OC Rec to CC/BO. The tank pressures, in PSI or BAR, and GTR can be displayed through customizable slots on the main display screen. This information can also be accessed through various underlying information screens. The AI feature, when enabled, causes an approximate 10% decrease in battery life.

After each dive, the NERD 2 will communicate the information via Bluetooth to an iOS device such as an iPad or an iPhone. In addition to Shearwater’s current third party support for Mac and PC desktop applications, users are now able to download dives using their iOS devices with third party applications. By incorporating a lithium-ion rechargeable battery, NERD 2 users can expect a minimum of 18 dive hours on medium brightness from a fully charged computer.

Ready with everything from hardware to software

Every NERD 2 from Total Diving includes a regulator mount, a recharging clip, the charging bank, USB cable and a Quick Start Guide with instructions from downloading software from the Shearwater Research Canada website. Shearwater’s software includes a complete dive log manager, which is compatible with MS Windows and MAC OS X. Firmware updates and log downloads are supported with the dive log manager via the Bluetooth wireless interface. Using the optional Varying Permeability Model (VPM-B) unlock code, the NERD 2 supports this algorithm for decompression calculations.

The Recreational Open-Circuit mode on the NERD includes a simple menu structure, a display with significantly less clutter and a large, easy-to-read font, configurable settings, optional safety stops and a dependable no-decompression limit dive planner. Shearwater’s simplified settings allow for three breathing mixtures, Air or Nitrox, and places a great emphasis on the maximum operating depth (MOD) and no-decompression time limit (NDL). By having a display which prominently warns the diver if their depth is near, or if they have exceeded the MOD of the selected gas,

The NERD dive computer is optimal for safety. Further, the diver can simply select one of three levels of NDL conservatism. During the dive, a bar graph turns from green to red as the diver approaches their designated NDL. The optional 3-5 minute countdown safety stop begins when the diver reaches a depth shallower than 20 feet/6 metres on the ascent. If the diver happens to exceed the NDL and requires stops, the large display turns red and flashes “DECO STOP” with the mandatory depth and stop times.

0 stars based on 0 reviews