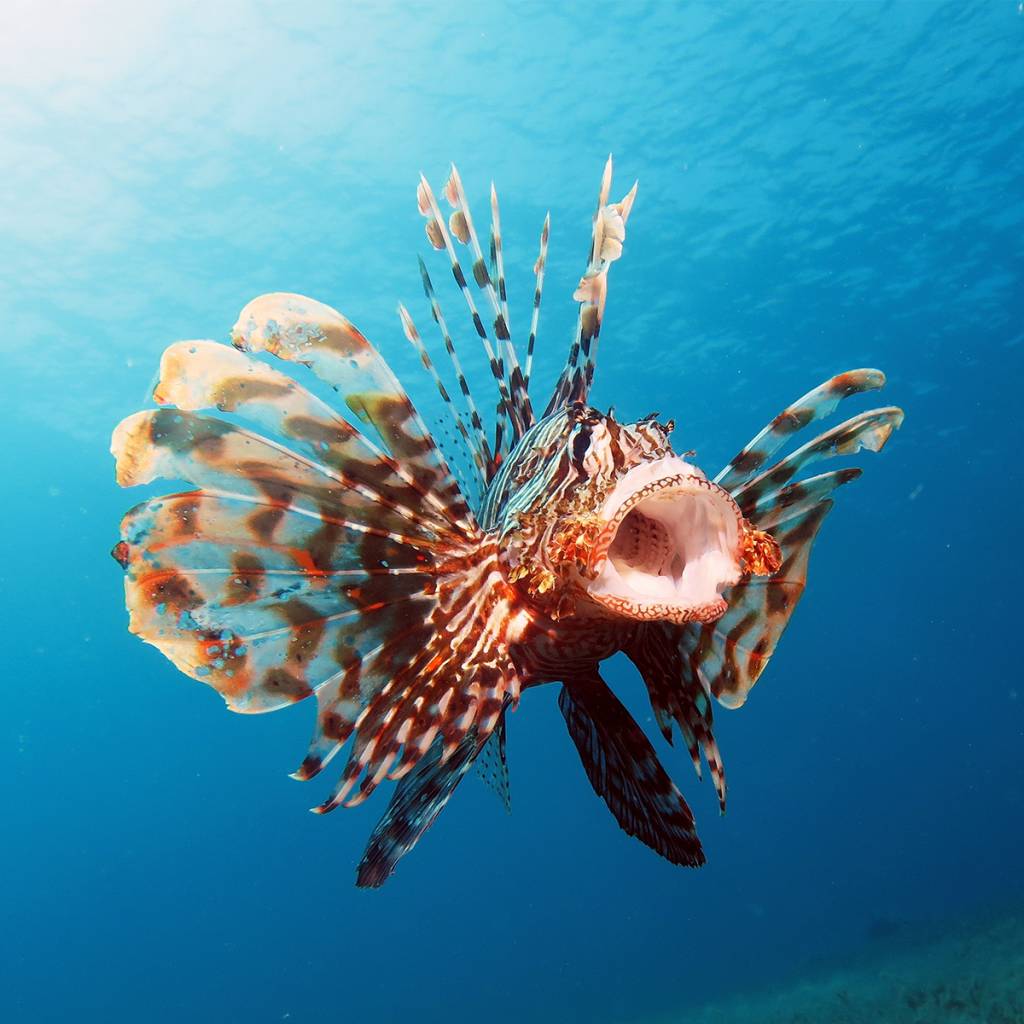 Pterois is a genus of venomous marine fish, comprising 12 different species native to the Indo-Pacific ocean. More commonly known as Lionfish, these species are characterized by long spiny structures protruding from their fins and dorsal regions, as well as a distinct pattern in coloration. As beautiful as these fish are, they have become a major environmental problem in most of the world's oceans, becoming one of the most damaging invasive species of the North Atlantic coastal waters.

This blog is a warning: the lionfish must be stopped before they take over our oceans!

The true origin of the lionfish outbreak is vague, but scientists believe it started in the 1980s, when local aquarium accidently released 6 individuals in the waters of Florida. In just a few decades, they have taken over the eastern coast of the United States. Today they can be found in large numbers throughout the Caribbean, Gulf of Mexico, South America and as far north as Massachusetts. As beautiful as they are deadly, their invasion of North American waters is a severe ecological issue, from both economic and environmental perspectives.

Lionfish are an invasive species, perfectly adapted for a rapid and permanent takeover of new areas. An invasive species is a non-native species that causes harm to its new environment. In North Atlantic waters, these venomous fish have no natural predators, meaning there is no natural way to regulate their population growth. In addition, lionfish become sexually mature in less than a year, capable of producing over 2 million eggs per female every 4 days. Their numbers continuously grow more and more, hence the incredible rate of their takeover.

But it's not just their numbers that threaten our biodiversity, it is their ruthlessness when it comes to hunting prey. A single lionfish can expand its stomach up to 30 times its normal volume. A research has proven that one lionfish can decimate an entire juvenile population in just a few weeks. The spread of lionfish therefore promises an upcoming extinction of native fish in the invaded areas. But the danger of lionfish does not restrain itself to other fish species. Lionfish are also a threat to humans. They have 13 long venomous dorsal spines, 2 short venomous pelvic spines and 3 venomous anal spines. The sting of a lionfish can last for days on end, causing extreme pain. As Mike Ryan from NatGeo describes it: "It won't kill you, but it'll make you wish you were dead." Am I trying to scare you with facts? Yes I am, because it also causes paralysis, fainting, seizures, nausea…So there is good reason to be scared. 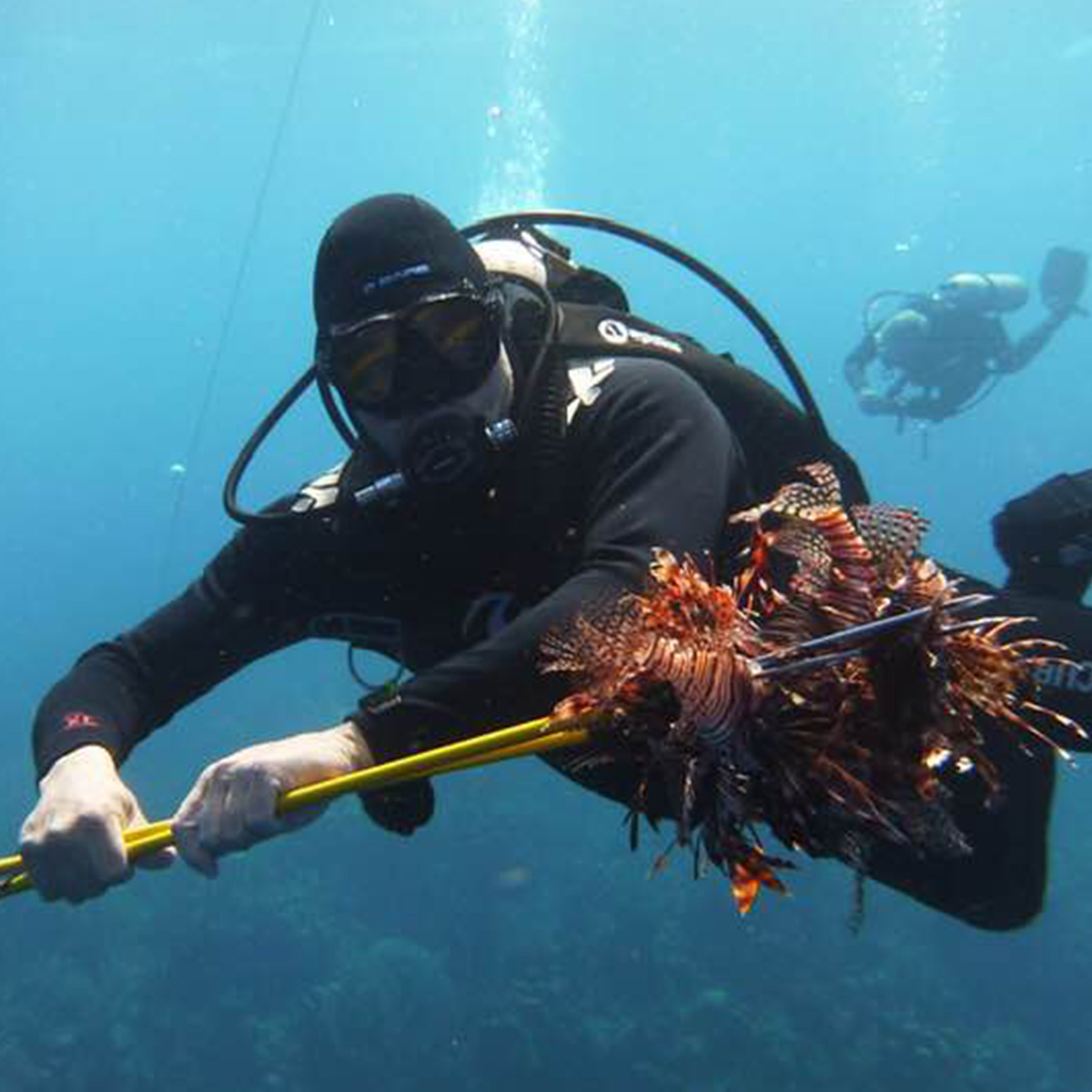 So what can be done? They must be stopped, we must eat them before they eat us. Just kidding they won't eat us, but they will eat and cause the extinction of the fish we eat, or the extinction of the fish the fish we eat eat (quite a mouthful sentence right there...just like the eating capacity of lionfish). In all seriousness, we need to reduce their exponential numbers in the North Atlantic coastal waters as soon as possible, to protect the native biodiversity and environment. Many restaurants around the most affected regions have started fishing and serving lionfish as a delicacy. This promotes the hunting of this invasive species, and provides a tasty alternative that is environmentally-friendly. So my advice as a vegetarian: eat lionfish to save the planet. According to people who have tried it, lionfish tastes about the same as grouper or snapper, and once the spines are removed it is completely safe to eat.

In conclusion, the exponential growth of lionfish in North Atlantic coastal waters has had incredibly harmful effects on native fish populations and ecosystems. This invasive species has rapid and large reproduction cycles, reach maturity early, and are capable of eating amounts of food much larger than their own body size. They also are a threat to scuba divers due to their venomous spines. The most environmentally-friendly solution to this problem is to encourage the consumption of this invasive species, because the more demand there is, the more fisheries will hunt them, the smaller their population will be on the American coast. Many divers have also started spearfishing them during dives, for a tasty post-dive meal. That is the lionfish apocalypse, it's not too late to survive, but we need to start hunting. 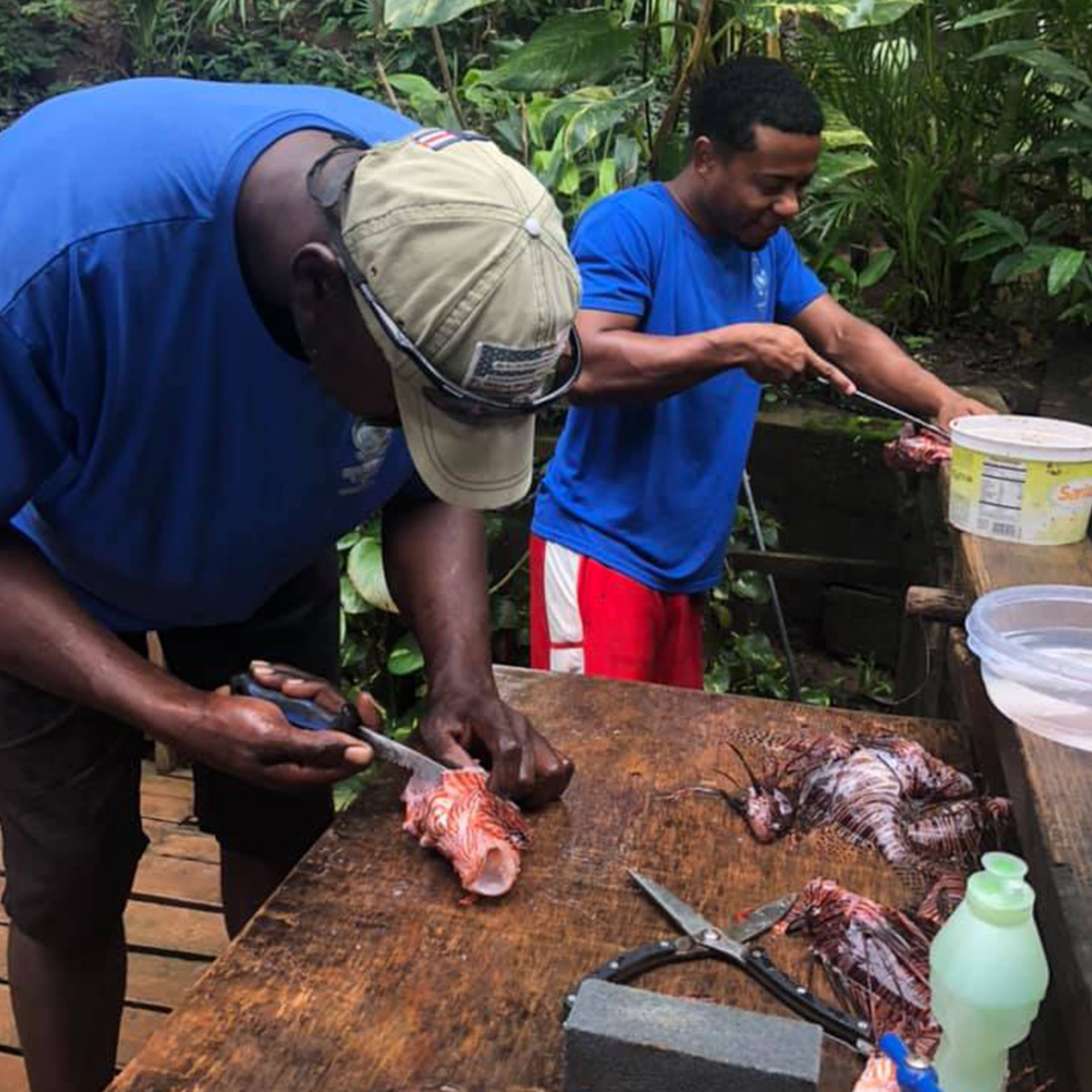 WHO IS TOTAL DIVING

p
Peter Kellock
I ate Lionfish in Barbados a few years ago. Where can we get Lionfish in Montreal? I want to do my part....by eating them. They are delicious by the way.