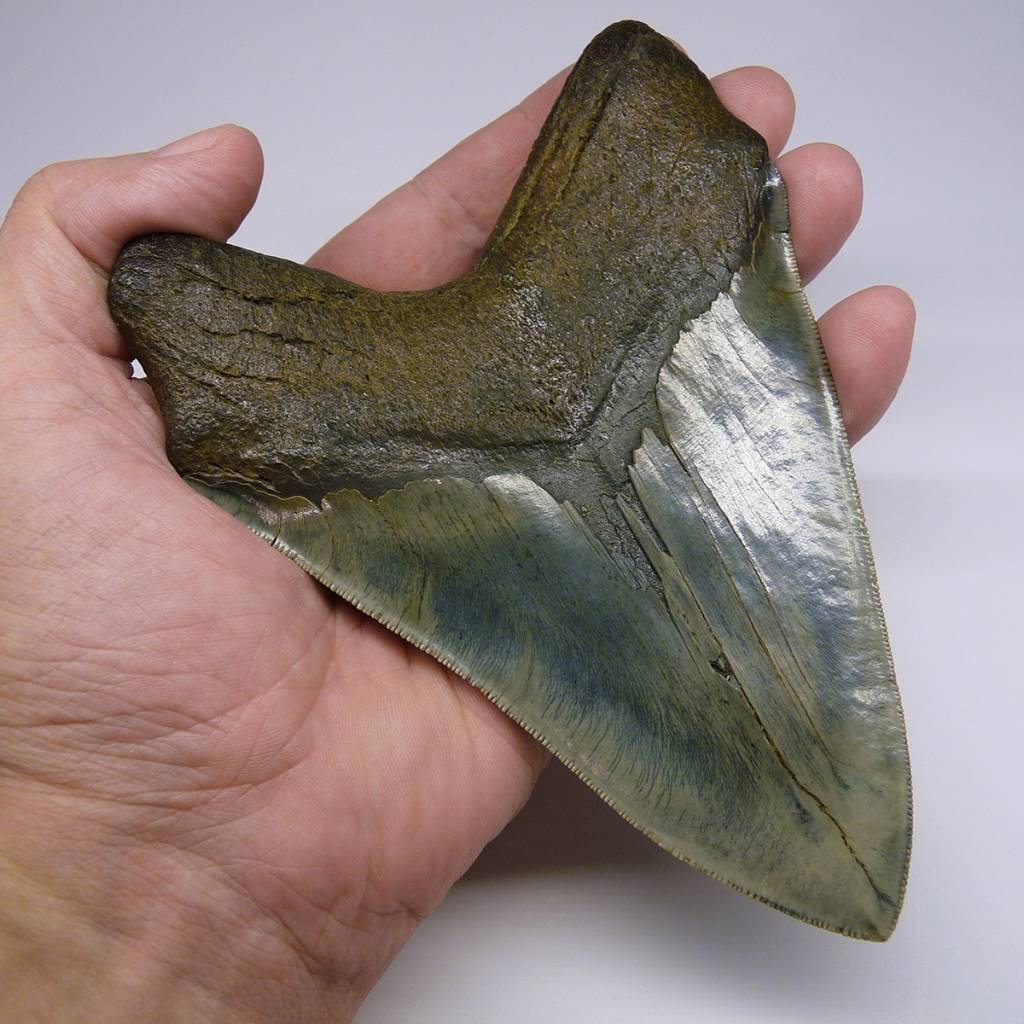 Portrayed as a terrifying nightmare in film culture, the Megalodon is rumored to haunt our oceans even to this day, the Jaws of the underwater world. As thrilling as this representation is, and as convenient as it is for scary movies, the image of the Megalodon is far from the truth. The Megalodon is an extinct species of shark, that prowled the oceans of the world from the Early Miocene to the Late Pliocene, about 23 to 2.6 million years ago. This 18 m shark was the ultimate predator of its period, until climate change and both exploitative and interference competition drove it to extinction. In this blog, we will look at the major characteristics of this legendary animal that all divers should know about.

Megalodons are classified in the Chordata phylum, more precisely in the Chondrichthyes class, like all sharks and cartilaginous fishes. In a phylogenetic perspective, it is closely related to the Great White shark even though it is believed to have looked more like a Basking shark or even a Sand-Tiger shark.

The Megalodon reached a maximum of 18 m in length, though it generally only grew to 10 m. This shark is characterized by a stocky body and a broad, powerful jaw. Its fins resembling those found in modern Great Whites, although were much thicker due to the larger body size of the Megalodon. The most iconic part of the Megalodon anatomy is its teeth. The teeth are made of dentin, a hard calcified tissue that does not easily decompose, which protects the fossils making them the primary source of research on the animal. A single tooth can measure up to 18 cm in length, the largest tooth size of any shark ever recorded. They are broad, triangular and thick. Thanks to these fossils, scientists were able to construct a Megalodon jaw model, and with vertebrae fossils, to determine the general anatomy of the shark. Megalodon jaws can be seen in many aquariums, as they make a very cool photo background.

Due to the cartilaginous skeleton of the shark, specimens are poorly preserved through times, thus there is still a lot of debate about the true appearance of the Megalodon. The fossil teeth helped determine the shape of its skull and its general phylogeny, pointing to the Great White as its closest living relative. The recovery of a few vertebrae allowed for further study, particularly determining its size. Finally, some coprolite remains were recovered, which are essentially fossilized feces. These fossils gave scientists information on the shape of the sharks intestines, indicating that they may have had a spiral valve, a corkscrew-shaped portion of the lower intestines. Therefore, a limited fossil analysis restricts what we know about the Megalodon.

Megalodons were top predators and opportunistic feeders. They fed on cetaceans, seals, and sea turtles to name a few. Unlike Great Whites who attack the soft underside of their prey, Megalodons were able to directly crush through the chest cavity of its prey. The incredible power in the jaw of the Megalodon gave it this significant predatory advantage.

Megalodons used to be found in all oceans of the world. Most fossils were found in the Mediterranean sea, and along the coasts of continents such as North America and Australia. Pups and juvenile sharks were mostly found in warm coastal waters, where there is a wide abundance of food, and good protection from predators. The larger adults prowled the open ocean, as a solitary apex predator.

There were two main factors that played a role in the Megalodons extinction. First of all, Megalodons lived in a very competitive environment, being a top predator. Its food resource was shared with whale-eating cetaceans and other sharks. This competition was both exploitative and interference, meaning the two competitors sometimes fought extensively for the resource. Sharing resources may have therefore led to a decrease in Megalodon numbers. A second major factor was the effect of climate change on the feeding habits of the Megalodons major food sources. As the global weather varied, whales changed their feeding habits to follow plankton abundance, thus moving out of the Megalodons habitat range, by going far north and south where the water is too cold for Megalodons to survive. These two major factors were therefore the two main reasons that the Megalodon went extinct about 2.6 million years ago.

In conclusion, the Megalodon was one of the world's top predators. Its hunting technique used the incredible power of its jaws to catch prey such as whales, turtles and other sharks. The Megalodon is the largest shark to have ever lived. Having gone extinct 2.6 million years ago due to climate change and competition over resources, the Megalodon is still used today as a thriller movie villain. But now you know that this wonderful work of nature is undoubtedly extinct, so there is nothing to fear and the thriller “Jaws” is a lie. That's the Megalodon for you!