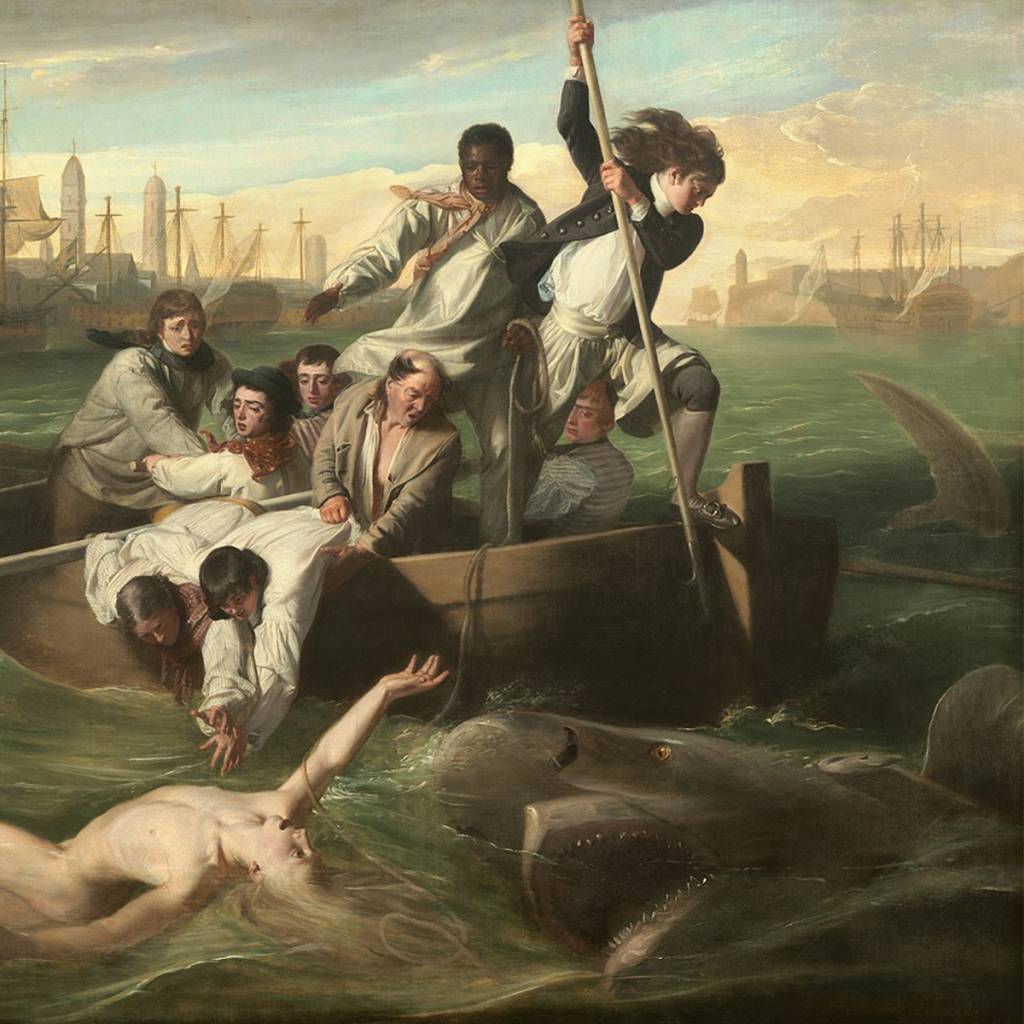 Shark is victim of is “man eater’’ reputation

The idea that sharks are bloodthirsty animals is not new. However, this conception of the animal is commonly spread in our culture. In an early instance, in 1778, Copley, an american painter, released his artwork Watson and the Shark that portrays a shark attack. As for the well known movie Jaws, it has vividly increased our already existing fear of sharks by nourishing our imaginations. Also it has marked some people to the point that they wouldn’t be comfortable in pools anymore. Even though it is quite irrational to think you may find a shark in it, the thought persists. However, we couldn’t be more wrong about these magnificent creatures. It is important to educate ourselves and to acknowledge the situation to realize how sharks might soon be a thing of the past.

Sharks are fish that have barely evolved in millions of years, because they are almost perfectly adapted to their environment. Their physiology is remarkable, they have skin covered in small teeth to be more hydrodynamic, and they swim through water graciously, using the least amount of energy as possible. Sharks also have a cartilage bone structure which is lighter and allows better buoyancy, their dorsal fin makes them more stable. Their senses are quite developed, they have Ampullae of Lorenzini which are organs that allow for the detection of electric fields, such as ones that prey emit. This is very useful for hunting. The sense of smell that sharks possess is quite accurate. They can even detect a part of blood in a million parts of water, which comes to a tablespoon in an average pool. When we mention sharks, the first thing we have in mind is a great white shark, a tiger shark or a hammerhead shark among others, but there is more than 500 species of sharks and they all have different sizes and physiologies. You would have a hard time figuring out which ones are actually sharks, since the smallest one can be held in your palm and some of them are bioluminescent.

A misconception that ought to change

Sharks are massive animals and they can be quite intimidating, judging by their physical strength, but they are not ‘‘man eaters’’. The reputation they gained from the movie Jaws is not representative of the reality. Shark attacks happen, it is a fact and there is no point in denying it, but it doesn’t happen the way we commonly think it does, and certainly not as often. In 2017, there were 155 incidents with sharks, 88 of them were non provoked and only 5 of them were deadly. It might seem like a lot, but it really isn’t when you think of the millions of people that go to the beach all around the world everyday and that are near sharks this whole time without even seeing them. Shark attacks are rare and circumstantial, we have to keep in mind that they are animals and that for one reason or another they can react impulsively to different situations. To swim at sunrise or sunset when they hunt, to wear shiny jewels and to swim in a way that splashes everywhere and make bubbles as if a prey was hurt are things among others that do not help make the shark distinguish you as a human and not as a prey. A surfer looks like a sea turtle from under with his arms and legs coming out of the board. It happens that they could mistake you for one, but statistics prove that it is rare. Actually you have more chance of being struck by lightning with 1 over 340 733 than to be attacked by a shark with 1 over 3 748 067. It is ridiculously low and if they truly were ‘‘man eaters’’ the number of attacks, mostly deadly, would be way higher than that. It happens for them to confuse a human with a prey, but when it does and that they bite one, they just go anyway since they don’t like our flesh.

From apex predators to prey

Sharks are not doing well right now and with overfishing many species are endangered, but many will be added to that list if nothing is done to change the situation since we kill them at an unbelievable rate. Every year, more than 100 million sharks are being killed by humans, which comes out to 11 417 per hour, 180 per minute and 3 per second. It is insane and the numbers speak for themselves. It is hard to grasp how many sharks that makes in a number of years or decades. The practice that is behind all of this is called finning and it is the fishing of sharks just to cut off their fins and then put the animals back in the ocean where they suffocate since they can no longer swim to make water flow through their gills in order to breathe. It is cruel and luckily many countries around the world have put measures in place to limit the damage, but it keeps on going and this is why we need to acknowledge more about the whole phenomenon to act now before it becomes too late. Finning is common and in some cultures they make soups out of their fins, they are quite expensive and a pound of them can go up to 500$. It is a catastrophe for our ecosystems since there is no longer a balance between the number of prey and predators, it affects all of our oceans.

In a near future, sharks will be a thing of the past and we will only be able to find them in our history books if we do not act today as we still have a chance before it becomes too late. Every second, three sharks are being killed, their death serves the gastronomic tastes of a few humans that put the ecosystems of our oceans at stake. It is sad that these magnificent creatures have to pay the price of a reputation that could not be more wrong. We have to educate ourselves about sharks to realize what they truly are and how we can act to save them. They have barely evolved in millions of years because they are so adapted to their environment, we must do something so that they do go extinct. After all, we are the ones that started all this with our oh so ‘‘civilized’’ world.