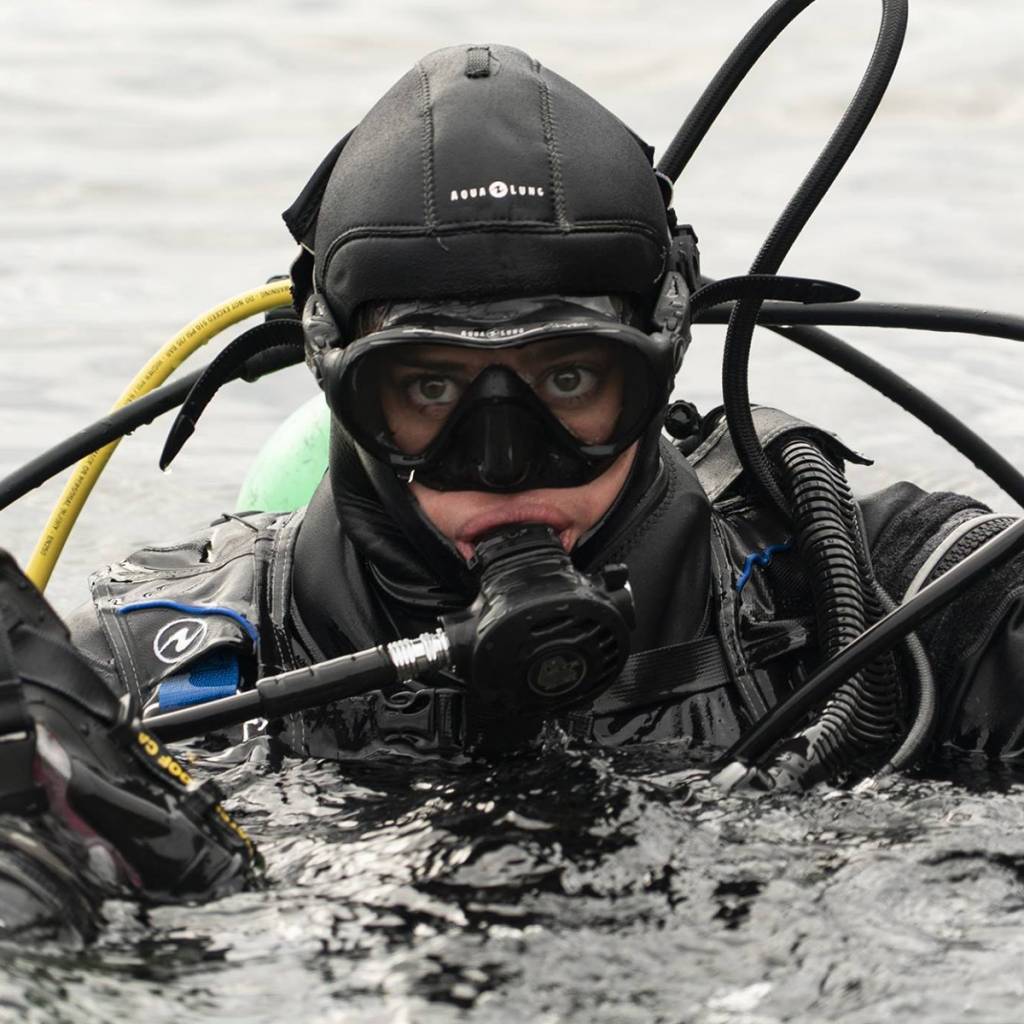 Les Escoumins is a dive site full of underwater life, maintained in a very specific setting.

We are in the lower estuary of the St. Lawrence River. An underwater canyon runs from the Atlantic to Les Escoumins, up along the North Shore of the St. Lawrence, and reaches depths of up to 300m. The extremely cold water (4 degrees), is brought up to the surface along with the nutrients that will feed the flora and fauna of the seabed.

The region of Les Escoumins is known for its particular biodiversity. Invertebrate organisms, such as sea stars, anemones, sea cucumbers, sea urchins and marine animals feed on the plankton underwater. Once immersed, this hanging garden makes us forget what’s happening on the surface!

Polar Cold- The formation of the cold intermediate layer.

According to Frederic Cyr, oceanographer, the salinity of the water is what influences the density of the Gulf of the St. Lawrence. The saltier the water, the deeper it flows. In winter, the St. Lawrence river consists of two oceanic layers. A thick surface layer, around the freezing point of seawater (near -2° C), and a warmer, saltier deep layer from the Atlantic. In the summer, following the breakup of the river and smaller bodies of water, a new low salt layer appears on the surface and will be heated through the warm months. The older, very cold layer is found at mid-depth, trapped between two warmer layers. This leads to the birth of the cold intermediate layer. This phenomenon is peculiar to some Arctic and subarctic seas such as the St. Lawrence.

The St. Lawrence river is an exceptional laboratory for researches. The four well-defined seasons and the presence of ice during the winter makes it a unique marine world.

In the past, there were so many whales, belugas, and porpoises that the sea routes were difficult to access. The navigation conditions were perilous, and made the bay nearly impenetrable.

The number of large marine mammals is declining from year to year. They are now considered as a species to protect.

The scientific data shows that Les Escoumins’ ecosystem has been undergoing significant stress for several years. Small variations in the ecosystem jeopardize its sustainability. What we’re still in the process of discovering today when we immerse ourselves will disappear in the coming years.

As divers, we have a role to play. Talk about Les Escoumins, collect information from the seabed, share what you discover, and show the specificities of this environment to sensitize new generations. When we love a place, we respect it and we try to preserve it. We are witnesses of the first lines.