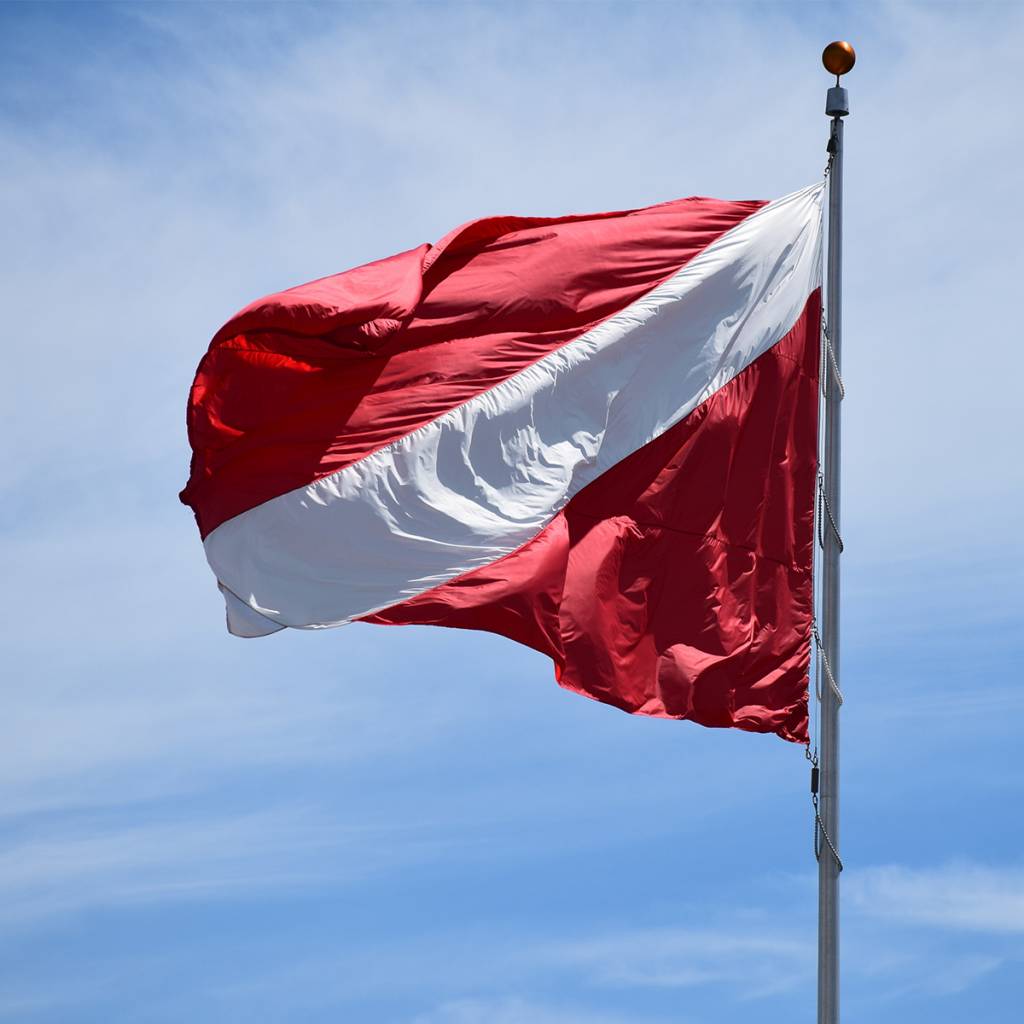 The different rules and regulations set in place to protect all the users of the water are important to remember no matter how you’ll be out enjoying the waves. This blog will explore two well-known flags that should be understood by all, the Alpha flag and the red and white flag, as well as different forms of signalization.

The red and white flag

The red and white flag was created in 1956 by Denzel James Dockery, a Navy veteran. The flag became more popular when it was used by Ted Nixon, a member of Aqua Lung. This flag is required to be shown by law in Canada, the United States and some other countries on boats. Essentially, this flag is deeply connected to diving and the sole purpose of its existence is to signify information concerning divers. Because of the strong attachment to diving, many dive shops use the flag to signalize that they service divers. Some divers even use the flag to show off what they love. It has become much more than just a safety flag; it’s a symbol of the diving community.

The red and white flag signifies rules in Canada concerning the relationship between divers and boats. In Canada, when the red and white flag is up in a body of water, boats must stay a distance of 100 meters in any given direction. This law is in place so that divers are able to move around freely. If keeping a distance of 100 meters isn’t possible, it’s up 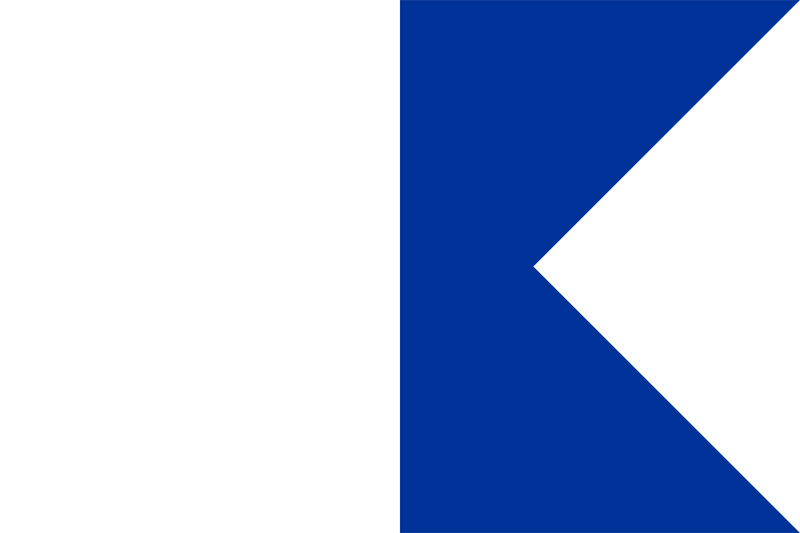 The Alpha signal flag has a rich history. International maritime tradition and law, that has been established for over 200 years, provides us with a set of signal flags that mean different things together and separately. In September of 1965, the International Code of Signals was adopted and put into action by the International Maritime Organization.The first of these flags is A or Alpha. Traditionally, the Alpha signal flag, when standing alone, tells boats to steer clear and go slowly around certain areas because there are divers around. Many think that the Alpha flag was created for divers, however it was still originally part of a system of nautical communication. Today, the Alpha flag is used by many countries internationally to signal “Divers Below” and represent laws concerning how far a boat should stay away from divers. 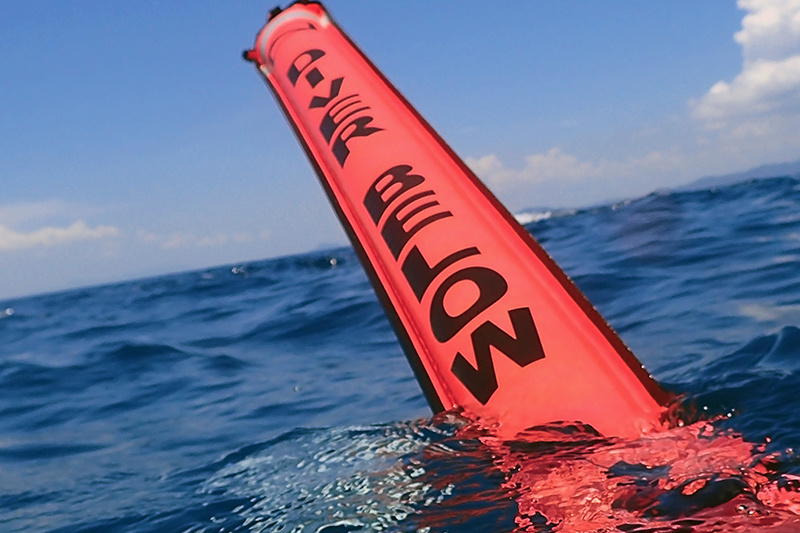 Surface Marker Buoys are usually tall, inflated signals that many drift divers use to signal that they are underwater. These kinds of markers sometimes will have the words “Divers Below” or have a red and white flag on them. Essentially, if you encounter one of these Surface Marker Buoys, it is important to keep within the regulated distance and to tread carefully around the area as there are divers in the area. 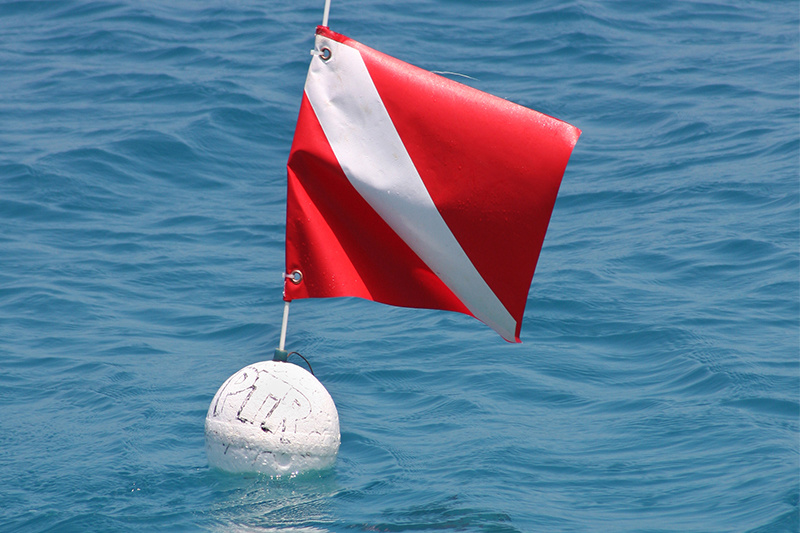 Regardless of what you’ll be doing in the water, keeping an eye out for each of these maritime flags will keep everyone safe. Enjoy a great season of diving, boating, swimming and other activities!